Having had the pleasure of introducing numerous people to the music of Hauschka (Volker Bertelmann), I always find it interesting to hear those unfamiliar with his work guess at what, who or how many people might be responsible for making the sounds on his records. It is no less interesting to see peoples reactions when I reveal that, for the most part, the multitude of tones and timbres that make up Hauschka's compositions are in fact created exclusively by one man and one instrument.

The breadth of sounds that now make up Hauschka's palette are the result of years of experimentation with different piano preparations. Of particular note is his uncanny ability to conjure sounds from the piano most often associated with electronic instruments such as drum machines and samplers.

Anyone who's been following Volker's output of late will know that he's been creating some incredible compositions inspired by house and techno music. The first side of this new record is taken up entirely by one such composition.

'So Close' is a thirteen minute long piece of deep, earthy music. Perhaps never before has Hauschka's interest in electronic dance music been more plainly heard. The piece moves with a great sense of purpose; from scattered notes and the clatter of makeshift percussion there emerges a steady rhythm - a note in the lower register becomes a bass drum, its staccato bass pluck sounding four on four. Further up the register, sharps and flats become hi-hats and shakers.

The beat builds and breaks several times throughout the piece, vanishing altogether only to re-emerge with its syncopation subtly shifted. The final break-down of the last few minutes is the longest of all, a gentle piano refrain plays out the piece while the percussive elements sigh, rattle and whirr until their last breaths.

The two pieces on side 'B' of 'Youyoume' serve as a gentle reminder of just how versatile a producer Volker Bertelmann is. Gone are the unrelenting rhythms of side 'A' and in their place, thoughtful, cascading melodies which hark back to some of Hauschka's earliest output. 'So Far' is a solo piano piece for unprepared piano, while 'Paige and Jane', the final track, features prepared piano and cello.

In all, 'Youyoume' is a unique record in Hauschka's discography bringing together some of the styles and ideas which have come to define his unmistakable sound. 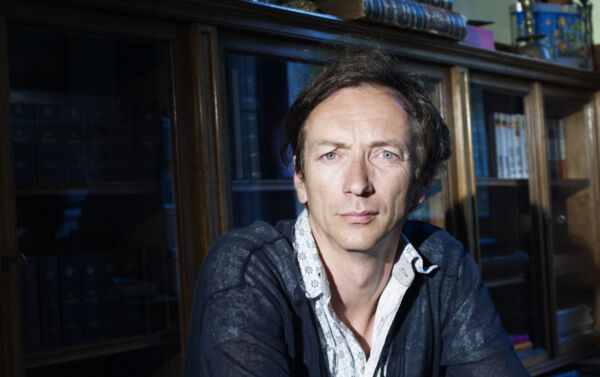 Hauschka is Volker Bertelmann from Düsseldorf, his sound is defined by the prepared piano.
Buy
Next release