Selffish is Andrejs Eigus from Riga. Born in 1973, the Selffish moniker materialised in 2002 and denotes a paradigm shift in Andrejs’s life. About the name? He calls it "an absurdist exercise of fusing the arguably unrelated and irrelevant words ‘selfish’, ‘shell fish’ and ‘shelf fish’ into a new name”. Who can argue with that? In a world becoming more absurd by the hour, it seems to make perfect sense. If you’re over thirty and you followed the net-label scene you might remember Selffish; he released full-length albums on the legendary (and now defunct) imprint Thinner in 2002 and 2004.

He She Them Us is an album of precise, purposeful electronica that recalls and expands upon the output of labels like Mille Plateaux, April Records, raster-noton and City Centre Offices in the early 2000s. The music is not purely electronic though, atop the bursts of static and staccato beats are many layers of field recordings and live instrumentation.

The field recordings represent an important anchor point for Andrejs whose work on He She Them Us began at a very turbulent time in his life. Finding solace in the stillness and beauty of the countryside around his home city of Riga, he would record the sounds of these places and return with them to his home studio:

"Each time I went to visit a secluded corner of nature outside my hometown, I usually felt a strong desire to produce music. Especially when hearing the sounds again at home”. The music could be seen as a further distillation of these moments of reflection spent outside, an attempt to recreate some fleeting moment.

The live instrumentation throughout brings another dimension to the work. Andrejs himself plays grand piano and electric piano, we also hear double bass, bowed strings, saxophone and guitar. These elements bring a warm, humane quality to the music and each instrument is played with absolute finesse. One feels that great care has been taken to allow breathing space for every new moment that unfolds. No matter if it’s a piano note or a field recording, each is savoured and treated with the same respect. Every sound has a purpose without ever seeming contrived. Obviously, Andrejs is a composer and producer to whom the finer details matter a great deal. 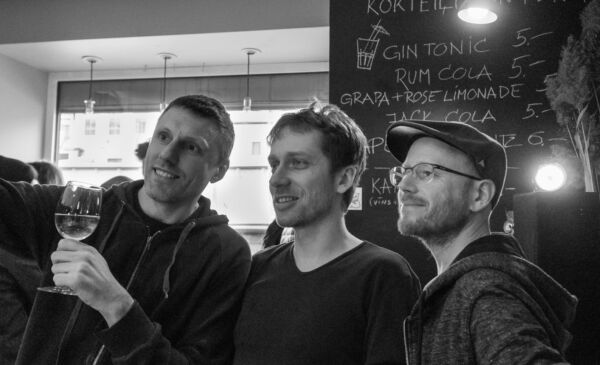 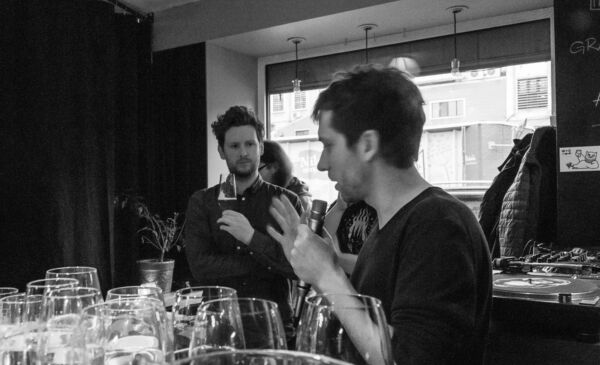 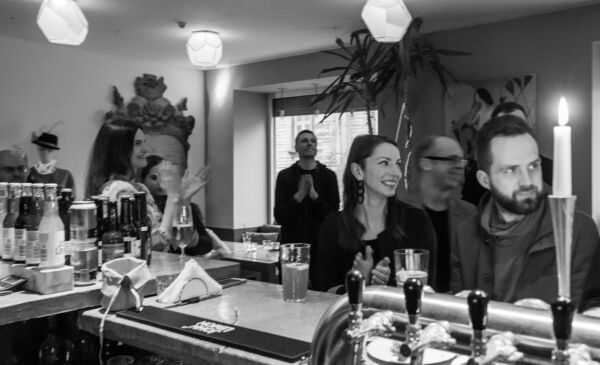 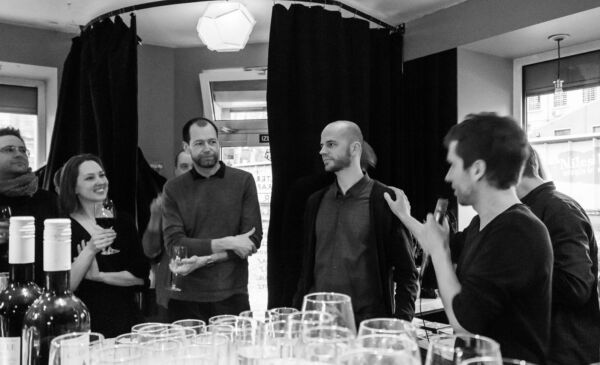 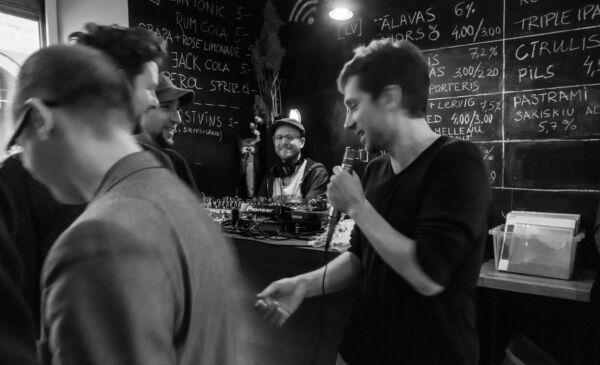 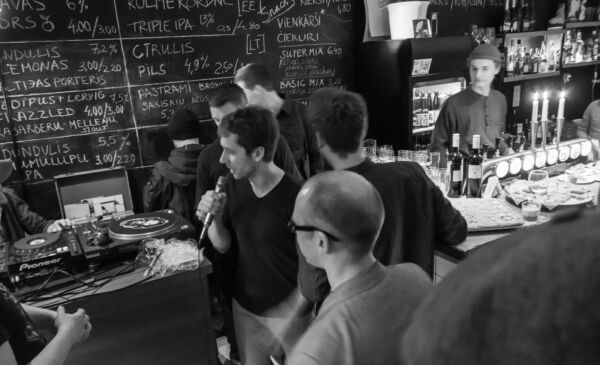 Photos from the release party for He She Them Us in Riga, Latvia 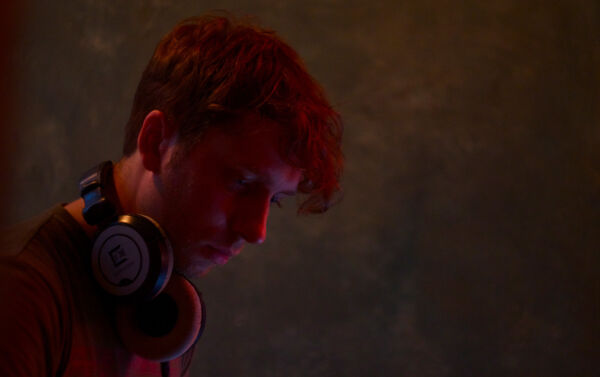